What to see in Dubrovnik in one day

A DAY TRIP TO DUBROVNIK

WHAT TO SEE IN DUBROVNIK IN ONE DAY

Dubrovnik, known as the "Jewel of the Adriatic", overlooks the Dalmatian sea and is a multi-faceted city: history and nature blend together lending it beauty and charm.
Since 1979, the city of Dubrovnik has been one of the UNESCO cultural heritage sites.
The Dubrovnik Republic was established in the 14th century and became a trading power in the Mediterranean.
The most interesting places are in the historical center and within the ancient walls that surround the city. As it’s a small city you can easily visit it in a day. It offers many tourist activities both inside the city and in the surrounding area, from historical monuments to beaches and restaurants.

The city is divided into two parts by Stradun, the main street that connects Pile Gate and Ploče. You can wander through the narrow streets of the town center, discovering the beautiful parts of Dubrovnik or its historic buildings like the Mala Braca Pharmacy, one of the oldest pharmacies in Europe.
Stradun is the best place to visit some of the main tourist attractions and the city’s busy shopping area, both at the same time. The street is about 300 meters long and allows tourists to alternate between cultural walks and a trip round the bars, restaurants and souvenir stores.
DISCOVER

The ancient walls of Dubrovnik are a must-see. A cultural walk between the sixteen beautiful towers and four fortresses that are part of this UNESCO World Heritage Site. The view over the city from the towers is breathtaking. Do not miss the crystal clear sea, the city’s roofs and the tower of Saint John at the southern-most end of the city walls. The walls were built in the twelfth century and reinforced over the years. They are 2 km long and up to 25 m high, with fortifications and towers. You can visit the walls with a guided tour to discover all the city’s gates, towers with their meaning and stories, and enjoy a bird’s eye view of the city. To really appreciate the beautiful view offered by the city, the Dubrovnik funicular is one of the most iconic places to visit.
The funicular is rich in history as one of Dubrovnik’s symbols. It was destroyed during the Yugoslav war and reopened to the public in 2010. At the end of the tour, you can enjoy a break at a nearby bar and admire the walls, the old port and the city’s surrounding area.

The Onofrio's Fountain is a large fountain located just a few minutes from Porta Pile - one of the main gathering places in Dubrovnik. Built in the fifteenth century, it has been restored several times over the years, especially after the seventeenth-century earthquake that made its mark the city. It is a place of important historical interest due to its provision of drinking water throughout the city. You can view the fountain from above on the city walls and admire its remarkable polygonal shape and its characteristic dome.

CATHEDRAL OF THE ASSUMPTION OF THE VIRGIN MARY

The Cathedral of the Assumption of the Virgin Mary is located in the center of the Old Town. It’s a monument that bears witness of the peak of Dubrovnik’s splendor between the 15th and 16th centuries. This church houses the relics of St. Blaise and many paintings by pupils of Raffaello, the famous Italian artist. Characterized by multi-colored, refined marbles, it is an important architectural work of art that enhances the cultural heritage of the city.

The Church of St. Blaise is a Baroque church, dedicated to St. Blaise, the patron saint of Dubrovnik. The construction of the church dates back to the early eighteenth century when it was built on the foundations of an ancient Roman church. It was rebuilt and restored several times, due to an earthquake that destroyed most of the buildings and monuments of Dubrovnik. In 1706, a fire completely destroyed the church and from among the ashes, only a silver statue of St. Blaise was recovered. Inside the church, you can admire the statue of Saint Blaise, a symbol of hope and faith. 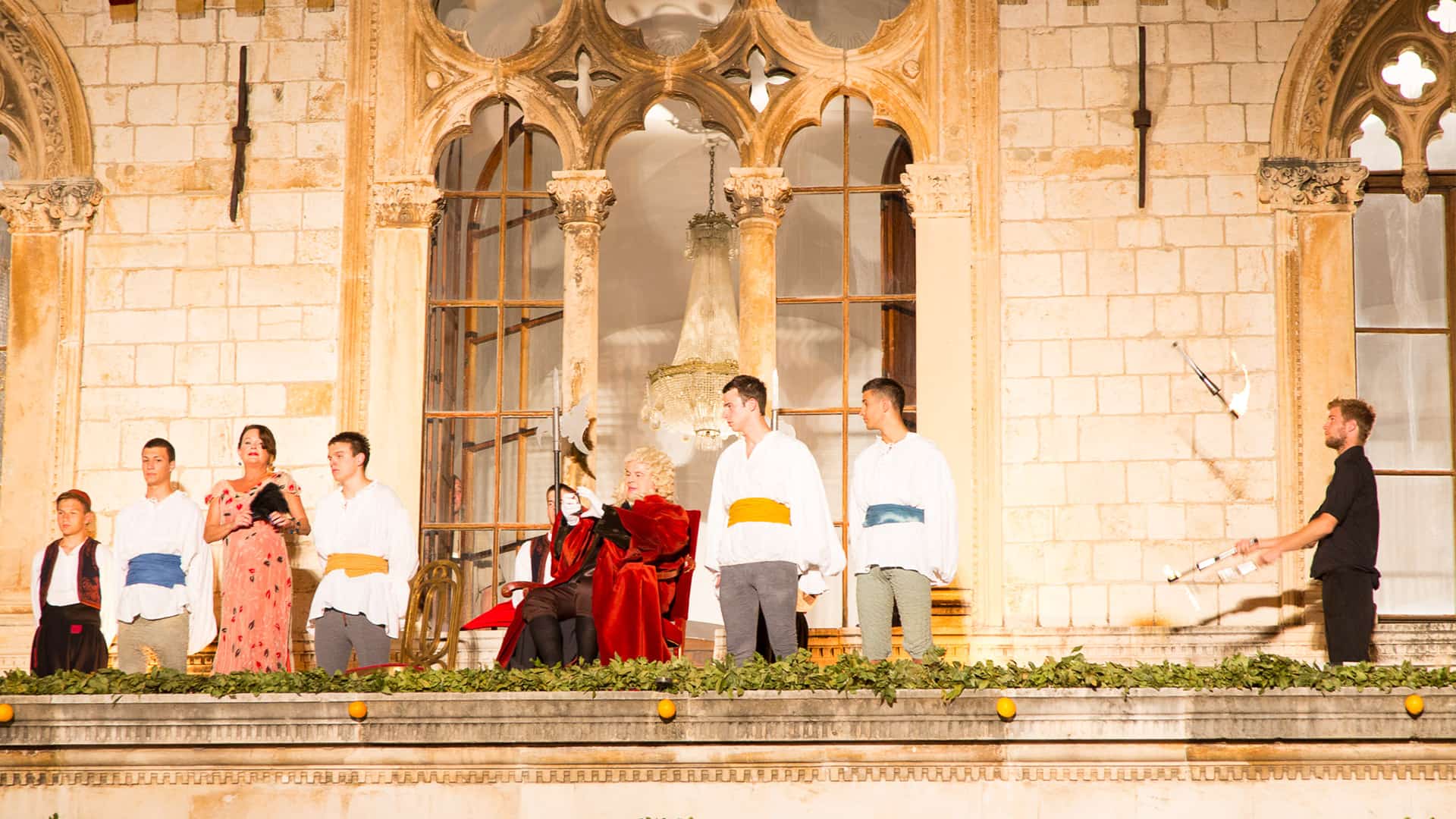 Dubrovnik and the movies

In the summer evenings between the beginning of July and the end of August, many of the city’s streets become the stage for a very important event - the Dubrovnik Summer Festival.
Every year tourists and residents are entertained by a vast program, covering jazz, classical and contemporary music, theater, dance and folklore.

Discover secret offers made for you

Request a quote and find out the best rates.
RMH Lopud Lafodia Resort SPA offers customized solutions and discounts.
Treat yourself to a unique trip to Lopud.
REQUEST A QUOTE

Discover the other RMH Hotels properties
Luxury hospitality: hotels, resorts, apartments in Italy and Croatia
DISCOVER ALL THE RMH HOTELS 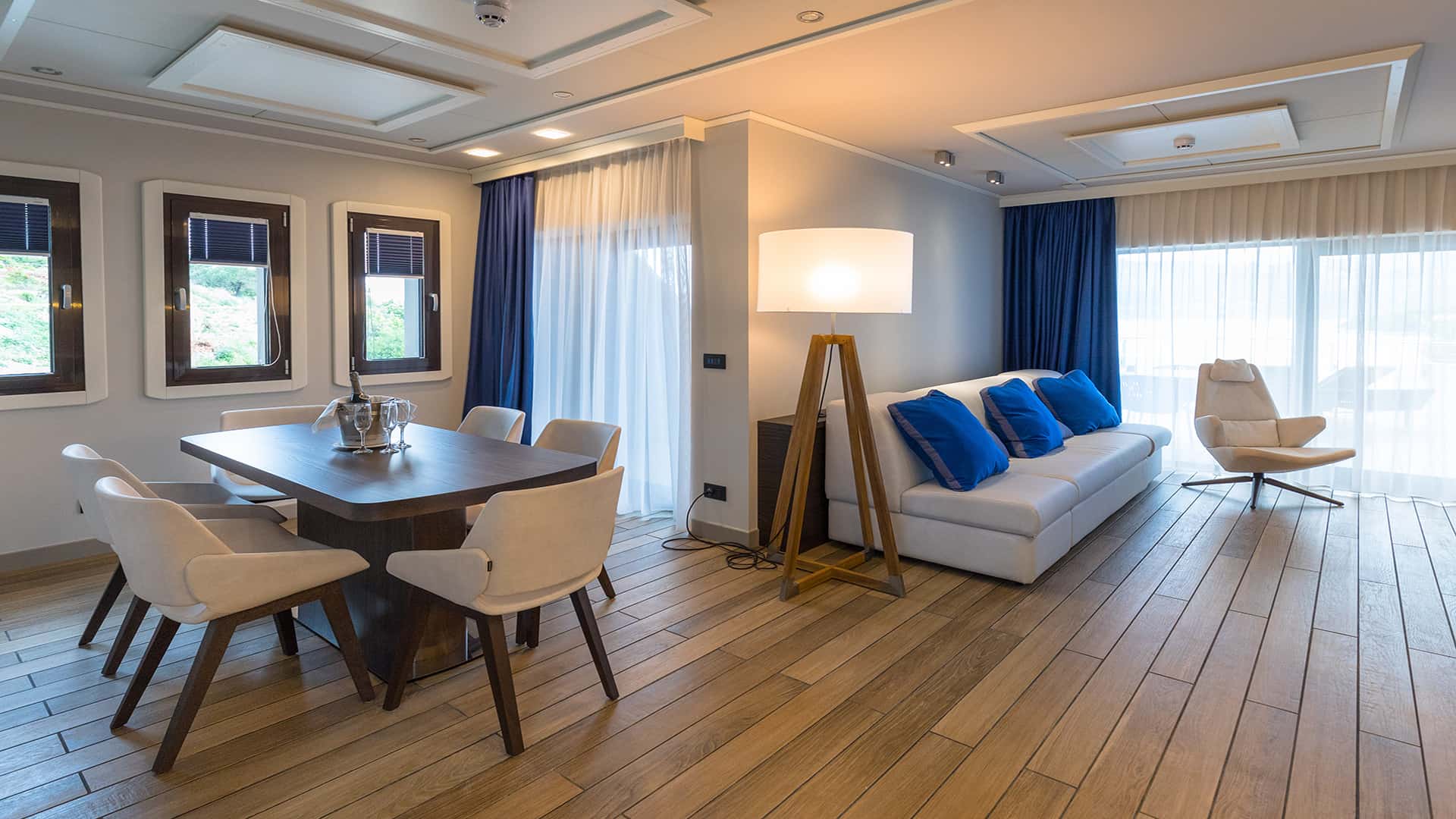